Pan Docs - also known as GAMEBOY.TXT or GBSPEC.TXT - is an old document dating back to early 1995, originally written by Pan of Anthrox. It has been one of the most important references for Game Boy hackers, emulators and homebrew developers during the last 25 years. 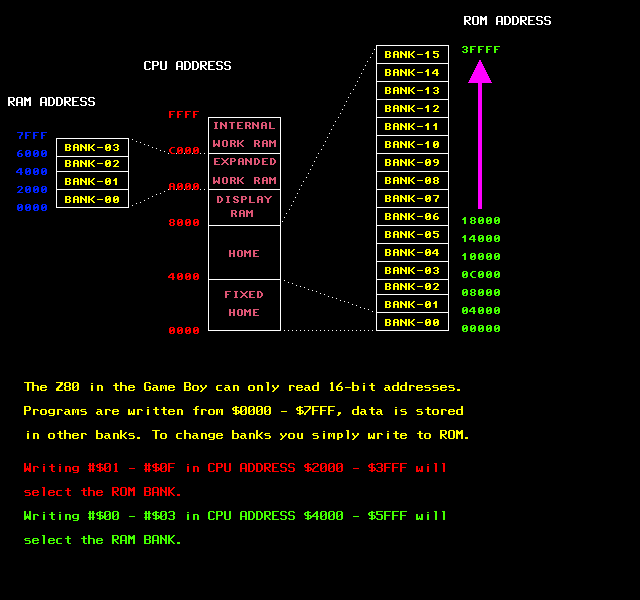 ADDRESS1.PCX, one of the diagrams attached to the first version, released January 28th, 1995

After its release (1995-2008), it received a number of revisions, corrections and updates, maintaining its TXT format. This folder provides a historical archive of those versions.

In 2008, a wikified version (using Martin Korth’s 2001 revision as a baseline) has been published. The document was split into different articles and it continued being maintained and updated in that form.

In 2020, after the discussion in this RFC we migrated the last updated version to plain Markdown and made github.com/gbdev/pandocs the new home of this resource, where it can receive new public discussions and contributions, maintain its legacy and historical relevance, while making use of modern tools and workflows to be visualized and distributed.

From 2020 to May 2021 we used VuePress to render the markdown files as web pages.

We are releasing everything (content, sources, code, figures) under the CC0 license (Public Domain).